Below is an overview and summary of our currently  published (and soon to be released) books. Click on the title to read an extract: 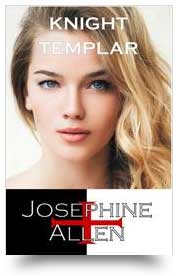 Eleanor: released from a frightful marriage by her husband’s death, she vows never to remarry. Brian: a knight bound by vows of celibacy, attracted against his will by her grace and courage. But what could a penniless Scot offer an aristocratic lady of France?
Fleeing her enemy, King Philip of France, Eleanor joins Brian in his quest to bring arms and treasure to the beleaguered King Robert the Bruce of Scotland.
But there are enemies within, as well as without… (65,450 words)

Waking up in a strange bed with no memory of how she got there begins a terrifying journey for Athena Beaumont.

Athena and Nick join forces to combat the corruption surrounding them as they strive to bring down a white slavery ring.

Lord of the Forest

Dorset, 1100: On the eve of a dreaded marriage, Anglo-Norman heiress Adelise is kidnapped by English outlaw Edmund, then held to ransom.

Adelise hadn’t enjoyed her position as pawn in the game of politics between her treacherous cousin Ivo, and those jostling to position themselves in line to the throne of England.

Her handsome, complex kidnapper might just be the best thing that could happen to her, and the people she governs. (80,630 words)

In a tropical paradise, hell can be but a step away…

Orphaned and destitute in New York after the 1894 financial crash, and pursued by a vindictive Tammany Hall boss, it seems like a good idea for Eva Boehm to escape by joining her Aunt Maria and husband Willi in colonial New Guinea.

But she arrives to find Maria has died, and the repulsive and seriously-weird Willi has unacceptable plans for her.

A second escape with Australian schooner captain Hugo Mortimer beckons, but their idyllic voyage comes to an abrupt end when the schooner is wrecked. There follows a perilous journey in the ship’s lifeboat, engaging with fierce Malay pirates, an amoral renegade Englishman, crocodiles, cannibals and the constant threat of malaria.

Could it ever be possible for Eva to survive this and find her true paradise with Hugo in Australia? … (84,360 words)

Contemporary Books: from the 1950s to the present and beyond…

Escaping her abusive husband Steve, Sharon finds sanctuary with Matt, the “mad hermit”, in his rural retreat under the mountain named Cloudmaker.

But Matt has a good reason to be a hermit. His demons are even worse than hers, and now they’re reaching out from the past to threaten them, just as they’re beginning to find solace in each other.

Adam: a Cro-Magnon hunter, taken from Earth 30,000 years ago by interstellar alien explorers, educated in advanced learning techniques and returned by them to the present.

Sylvie: rendered mute by a childhood trauma, brought up by her devoted mother Linda in the Washington State wilderness.

When these two meet, Adam must overcome Linda’s suspicions and draw out Sylvie’s inner strength to overcome her disability. Then can they avoid those who would use Adam for their own ends, and find a way to bring the benefits of Adam’s knowledge to the world, in a place where their love can flourish in safety? (53,500 words). 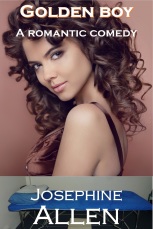 Physiotherapist Bianca Cherubini has, literally, handled many of the rich and famous in her upmarket clinic. So when Brant Gilmour, the new golden boy of cinema, comes under her hands, he’s just bruised meat to her … until the verbal sparring begins.

Brant is desperate to get back on the set and finish his latest movie, so he persuades a reluctant Bianca to treat him daily, after hours. Over time, he reveals a different side to his personality. Bianca is confused; which is the real man? Brash Brant, the international star, or benign Ben, his off-screen persona?

She can’t deny her growing attraction to him, and he seems to reciprocate. But could a big-time movie star be seriously interested in a physiotherapist off a rural farm? (44,100 words)